Just like the Quality Score in Google Ads, Total value is a way for Facebook to rank ads in an auction. The formula of Total value is given as [Advertiser Bid] x [Estimated Action Rates] + [User Value]

I will explain in detail what each factor means. But first, let’s understand what is an auction and how Facebook uses Total value.

Facebook uses auctions to determine which ad to show to its users. The main goal for Facebook is to keep its users engaged and earn revenue. Facebook tries to achieve these goals by showing the most relevant ad to its users. Every time when there is an opportunity to show an ad (i.e when a user logs in to Facebook/Instagram and start going through the newsfeed, stories, marketplaces etc) an ad auction takes place to show the most relevant ad to the user.
These auctions are real-time and depend on lots of factors. But to simplify the explanation, Facebook has defined the term Total Value.

For example, Let’s say there is a user who just logged in to it’s Facebook account. And let’s say there are 5 advertisers who want to show their ads to this user. The advertiser, whose ad has the highest Total Value in that auction will get to show his/her ad to the user A.

In reality, there are thousands of advertisers who want to show their ad and ad auction takes place before every impression to decide who gets to show the ads to a particular user.

Factors affecting Total Value and how to improve it.

How to improve Estimated Action Rate:

User value is mostly associated with the quality of your ad and user experience. As mentioned earlier, Facebook’s aim is to provide engaging content to users so that they return to Facebook and consume more content.
User value is one of the ways for Facebook to ensure the relevancy of the ad. Following are the factors which can affect the User Value of an ad.

How to improve User Value of an Ad?

This is what you bid on your ad when it goes to auction. As the ad auctions are real-time, you might not have direct control on bids, but there are certain ways we can still control it.

Advertiser’s bid is highly influenced by the campaign objectives as Facebook optimizes campaign according to your objective. For example, if you select website traffic as your objective and optimize for clicks, Facebook will try to target people who are most likely to click on your ad. And if you optimize it for landing page visit, Facebook will target people who are likely to click and wait for a page to load.
And in the process when Facebook thinks that the probability of taking the desired action is more, it will increase the bid.

In some cases, we don’t have direct control on bids for each auction, but we can still control the cost by using bid cap, cost cap or target cost.

If you select conversion as the objective, you will get an option to choose one of following bid strategy.

You can cap the cost by putting your average cost per purchase limit. This way, your cost per conversion will be in control. But keep in mind, if Facebook can’t find enough conversion at your target Cost per Conversion, then it might not spend the full budget. On the other hand, the Bid cap will ensure your bid in each caption, you can use this strategy to set up your max bid.

If you select, Traffic as an objective and optimize for clicks, you will get the following option to control your bids.

Setting up cost cap will ensure that your average cost per click doesn’t exceed that level. For example, if you set cost control as $1 CPC, you might get few clicks for $2, few clicks for $0.5 and few for $1 but in the end, overall CPC will not exceed $1.
On the other hand, if you select Bid Cap to control the cap, you will have a max bid of $1 in each auction and hence you won’t exceed $1 CPC in any auction.

Similarly, for each objective, you will get options to control your bids. Each objective and auction works in different ways. You don’t always have the option to put bids for CPC. For the objectives, where Facebook charges based on impressions, we don’t bid for clicks, we bid for the result (desirable action, which can be conversion, landing page view or lead).

In conclusion, the Total Value, as defined by Facebook is a great way to understand and optimize Facebook auction ads. Unlike Quality Score in Google, we do not get the exact value for the ‘Total Value’ on Facebook, but Facebook does give other data like relevancy score to understand ad performance.

In the end, no one understands your business better than you, so it is a good approach to understand the keep track of Total Value and it’s factored but in the end, keep optimizing campaigns based on your KPIs. Even if an ad has a lower relevancy score, but has a better CPA, you should let it run or add more budget to it. 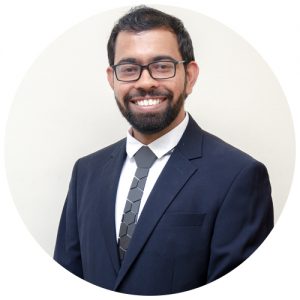